Posted on September 7, 2022 by joetadmin 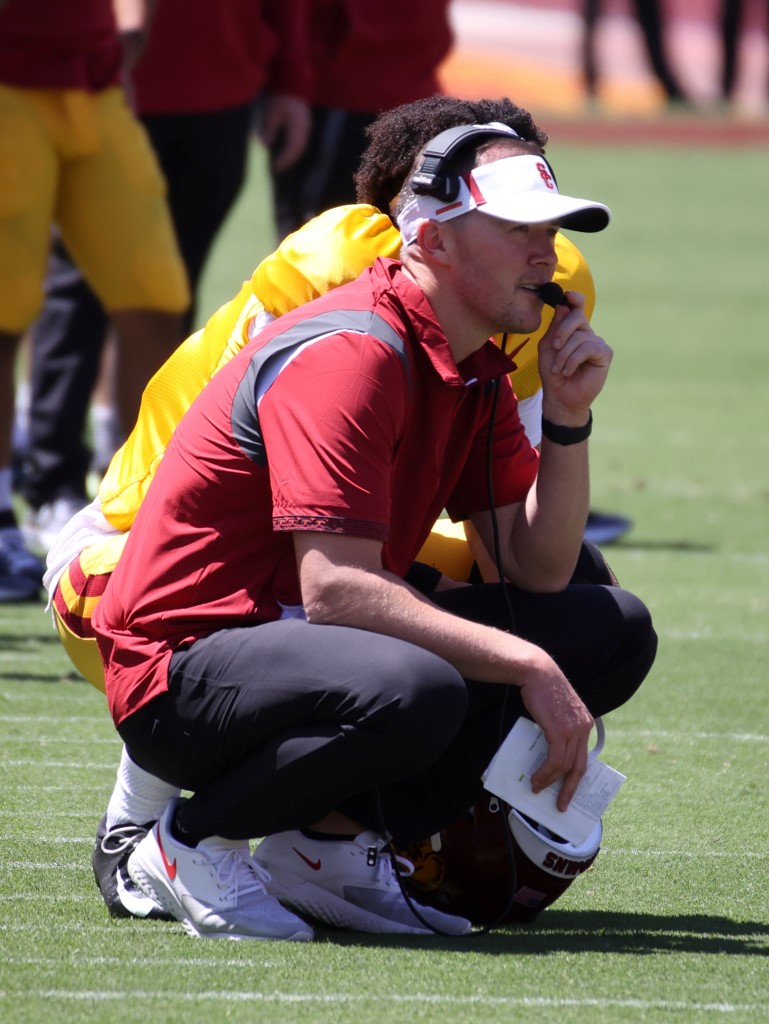 The Lincoln Riley Era started off in fine fashion…even for those who missed it. (Photo by Duane Barker, Mid Valley Sports)

Notes: “Oh Bryce Young, What Will You Leave Us This Time?
You’ll only being playing for the Tide for a short while.”

Do you get the feeling it’s Bryce Young’s world and we’re all just living in it?

I’ve seen more of Young in commercials this season than I have on the field.

People are going to complain I’ve got nothing about the USC game. Sorry, but the PAC 12 Network denied me access…but the BIG 10 seems a lot cooler.

Love the new playoff format, but why are they waiting until 2026?

Dumbest take by a professional sportswriter?

“This college playoff thing is just a money-grab!”

The fat one this coming week is Alabama at Texas. There’s little mystery on the outcome, but I’ll give my prediction at the start of the third.

I have to admit App State and Texas A&M interests me. So does Kentucky at Florida.

Last Add USC: I like Stanford’s Tanner McKee, but I don’t know if I like the Cardinal over the Trojans this Saturday.

***
College Football (Games seen)
Northwestern 31, Nebraska 28—When I was growing up, we used the word “Frost” as a pejorative. As in, “That really frosts me!” Or “It’s enough to just frost your (fill in expletive of your choice).”

***
Penn St. 35, Purdue 31—As a Boilermaker fan, I always feel like Michael Corleone when he discovers that his brother betrayed him. “I know it was you, Fredo. You broke my heart.”

***
Georgia 49, Oregon 3—If the Ducks thought they were auditioning for the Big 10, they need to rethink how they present themselves. And I “was” a Bo Nix fan.

***
Florida St. 24, LSU 23—If any game made you think of gamblers, fixers, and point-shavers…it was this one. Take a couple of knees at the goal line, burn LSU’s timeouts, and then take a shot at the end zone. Instead, the Seminoles run a pitch-play?

***
Clemson 24, Georgia Tech 10—I really like the Yellow Jackets blue jerseys…but thought the Tigers should have worked them a little more.

Joe T. is the author of “Sin Virus”…“Tangent Dreams: A High School Football Novel” … “Temple City & The Company of The Ages” … “The Dead Bug Tales” … “The Dark Norm” & “FaithViews for Storm Riders”…all six available through Amazon.com.