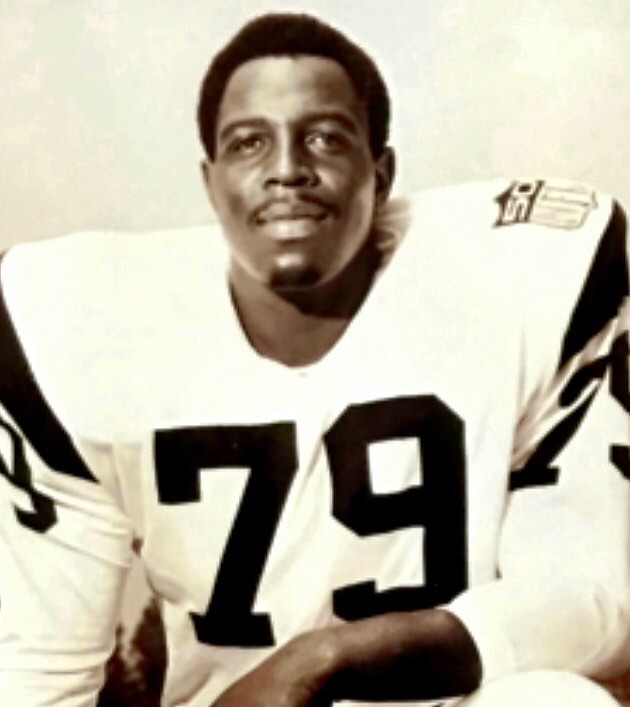 An undrafted free agent out of Jackson State, Bacon was signed by the Dallas Cowboys and spent the 1967 season on the Taxi Squad.

In 1968 he was traded to the Rams for a fifth-round draft pick. As age and injuries began to mount for the original Fearsome Foursome, Bacon’s playing time increased. From 1970 through 1972, he was a starter and made his first Pro Bowl.

In 1973 with the Rams deep at defensive end (Jack Youngblood & Fred Dryer), Bacon became expendable and was dealt (along with RB Bob Thomas) to the San Diego Chargers for John Hadl.

In San Diego, he rejoined Deacon Jones, who the Rams traded to the Bolts in 1972. In 1976, Bacon was moved to Cincinnati for Charlie Joiner.

“I was never happy with the Chargers from the day I came,” Bacon told the UPI and was happy to go to the Bengals.

That season (unofficially), he led the NFL with 21.5 sacks. And, somehow,  recognized only as a second-team All-Pro.

He finished his career in 1983 with the Washington Federals of the USFL, starting 16 games and recording 7 sacks.

After getting involved with drugs and being shot, Bacon turned his life over to God and became a Christian. He spent his remaining years traveling as a speaker and working with young people.