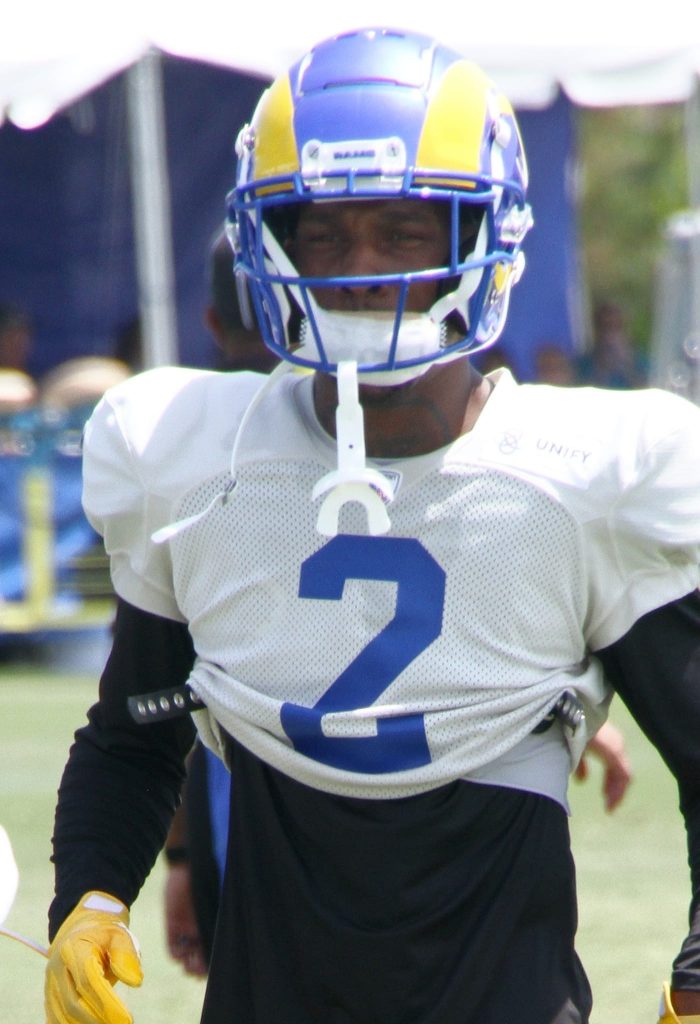 Is There Room For Troy Hill?
In 2020, Troy Hill played well—not great—for the Rams. Last year was a washout in Cleveland, and, yes, the team brought him back, but he’s a year older.

Jalen Ramsey and David Long Jr. are locks. The question comes with Robert Rochell, Cobie Durrant, and Derion Kendrick shining in camp and during the preseason.

If the Rams are going to keep six cornerbacks, maybe the sixth cornerback needs to be special teams’ star Grant Haley?

The advantage in keeping Hill is that he’s the most experienced defending the slot. Rochell is a boundary corner, and Long has been so-so covering the slot.

Regarding the rookies, according to the draft analysis, Kendrick projected well as a slot corner, the same for Durrant. This is why I think Hill could be expendable. 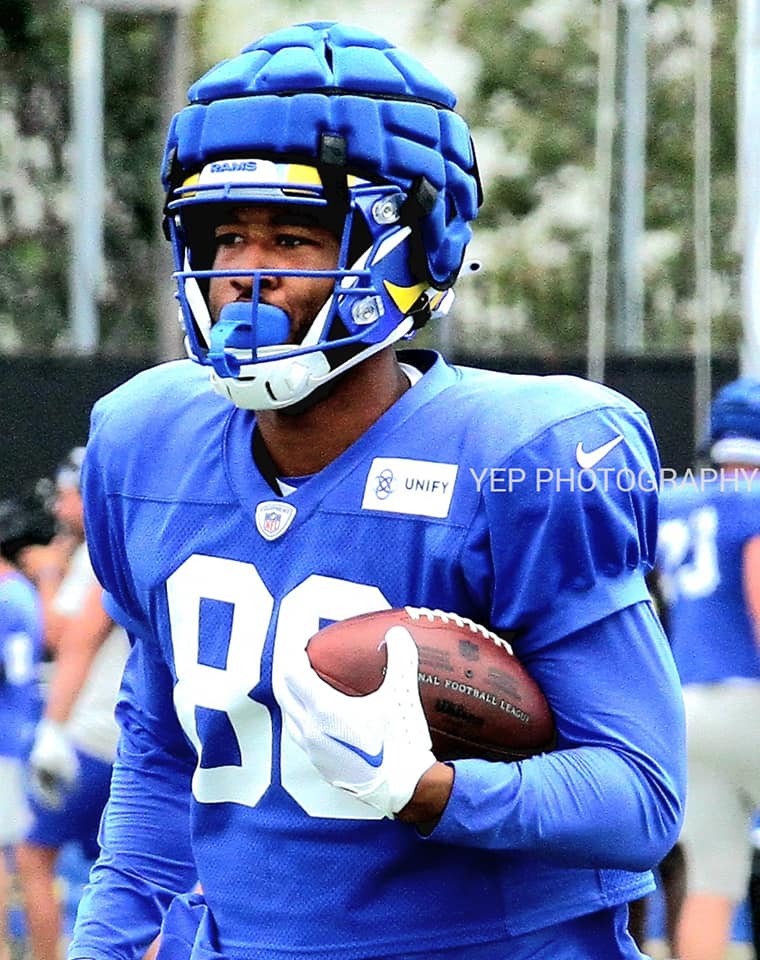 Happy Trails, Hans:
Logan Bruss: Out for the year. The silver-lining—tough to see if your Bruss right now—is that he wasn’t ready. The dude kept getting blown up in pass protection.

Kendall Blanton: I liked Blanton. Emotionally there’s a kinship/fanship with a player who contributed to your team winning a title. (Blanton has signed with the TaxSkins.

A.J. Rose: When you fumble as your coach is speaking on live television, it won’t end well.

Raymond Calais: Not a surprise.

J.J. Koski: The pride of Cal Poly San Luis Obispo got into five games last season and ended up with a ring. Not bad for a UDFA who signed in 2020.

“Backup QB Being Evaluated”:
We knew this. John Wolford’s presence on the field against the Houston Texans told us this.

I’m not the only one who said Bryce Perkins was in the conversation–many people said this. But many others went to the standard: “Oh like you know more than McVay?”

I don’t know more than McVay about football. But, like many other people, I know what I see. 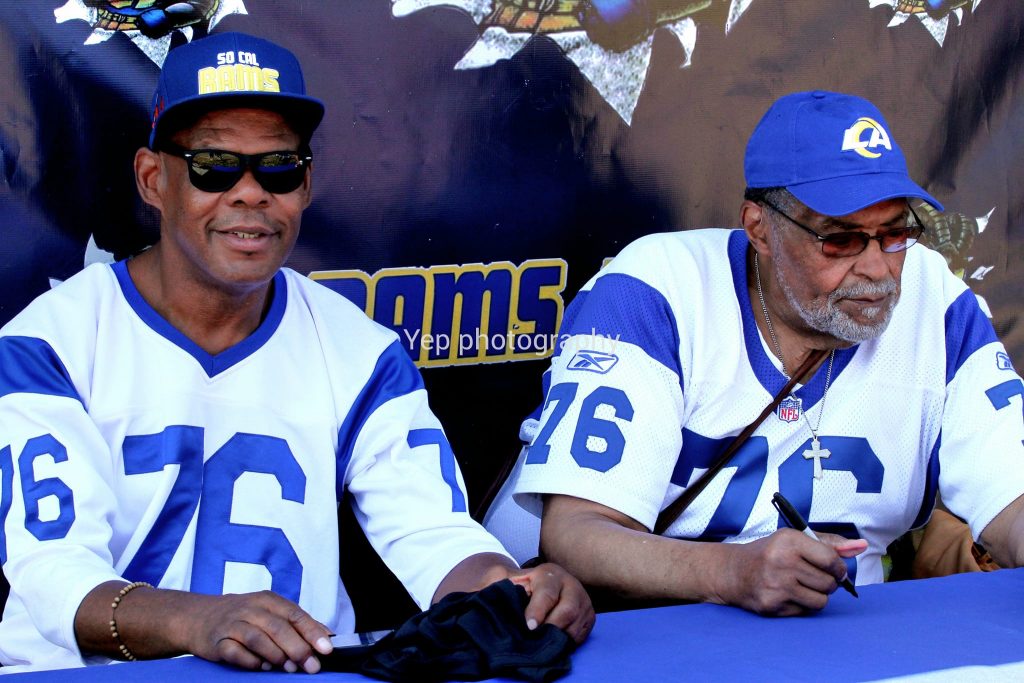 RamFest:
I went to my first RamFest this past Saturday out in Ontario. I want to thank Henry Yep, his family, and friends for welcoming me. I’d also like to thank the Rambros (which included a “RamSis”) for making me feel so at home.

It was great talking football, and I was surprised at how many times the conversation turned to Jim Everett’s debut for the Rams in 1986 against the New England Patriots.

Was there a negative? Just the heat.

It was a great event, and part of what made it great–at least while I was there–were former players like Rosey Grier, LeRoy Irvin, and Fran Corral, who came out and signed autographs and posed for pictures with fans.

What’s the big deal? The big deal is they didn’t charge a dime and were gracious with their time.

Think about this, Rosey Grier is 90. This guy played in the NFL, was a member of the Fearsome Foursome, sang professionally, was involved in saving lives the night Bobby Kennedy was assassinated and became a Christian minister.

Rosey Grier doesn’t have to do anything he doesn’t want to do, but he and his wife came out on a hot August day to meet fans and sign autographs for no charge.

What a classy, classy act.

Most of you know that my day job is serving as a Pastor at a small church in Burbank. Rosey Grier wrote a sermon for me on Saturday afternoon by being nothing but gracious with his time. 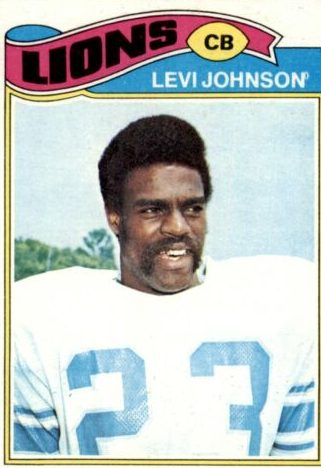 ***
On This Date in Rams History:
1971: Rams traded Tommy Crutcher to the Packers for a fourth-round pick, 99-overall, in 1973. That pick turns into Terry Nelson.

***Crutcher was a journeyman linebacker with the Packers and Giants. He never took a snap for the Rams

***Nelson played eight seasons with the Rams, three as a starter. Primarily a blocking tight end, he caught 87 career passes and played in Super Bowl 14.

1972: The Rams trade a third-round pick, 75-overall, to the Lions for Al Clark. The draft pick turns into Levi Johnson.

***Johnson played five seasons for the Lions as a starter at cornerback. In 59 games, he picked off 21 passes—returning three for touchdowns. At 6-3/196, Johnson was set for a standout career before a severe knee injury in 1977 ended his season, and a ruptured Achilles in camp the following season ended his career.

***Clark played four years for the Rams as a backup defensive back and special teams player. He only had three interceptions in his career, the biggest being his pick of Roger Staubach to preserve the Rams’ 37-31 victory over the Dallas Cowboys—10/14/1973.

1982: The Rams sent a tenth-round pick, 255-overall, to the Vikings for Hall of Fame tackle Ron Yary.

***The draft pick didn’t amount to anything, and Yary with the Rams played eight games, started none, and entered the Hall of Fame in 2001

1995: Cleveland Gary is released. Gary had been released and signed by the Dolphins. A year later, he re-signed with the Rams but was shown the door for good on this date in ’95.