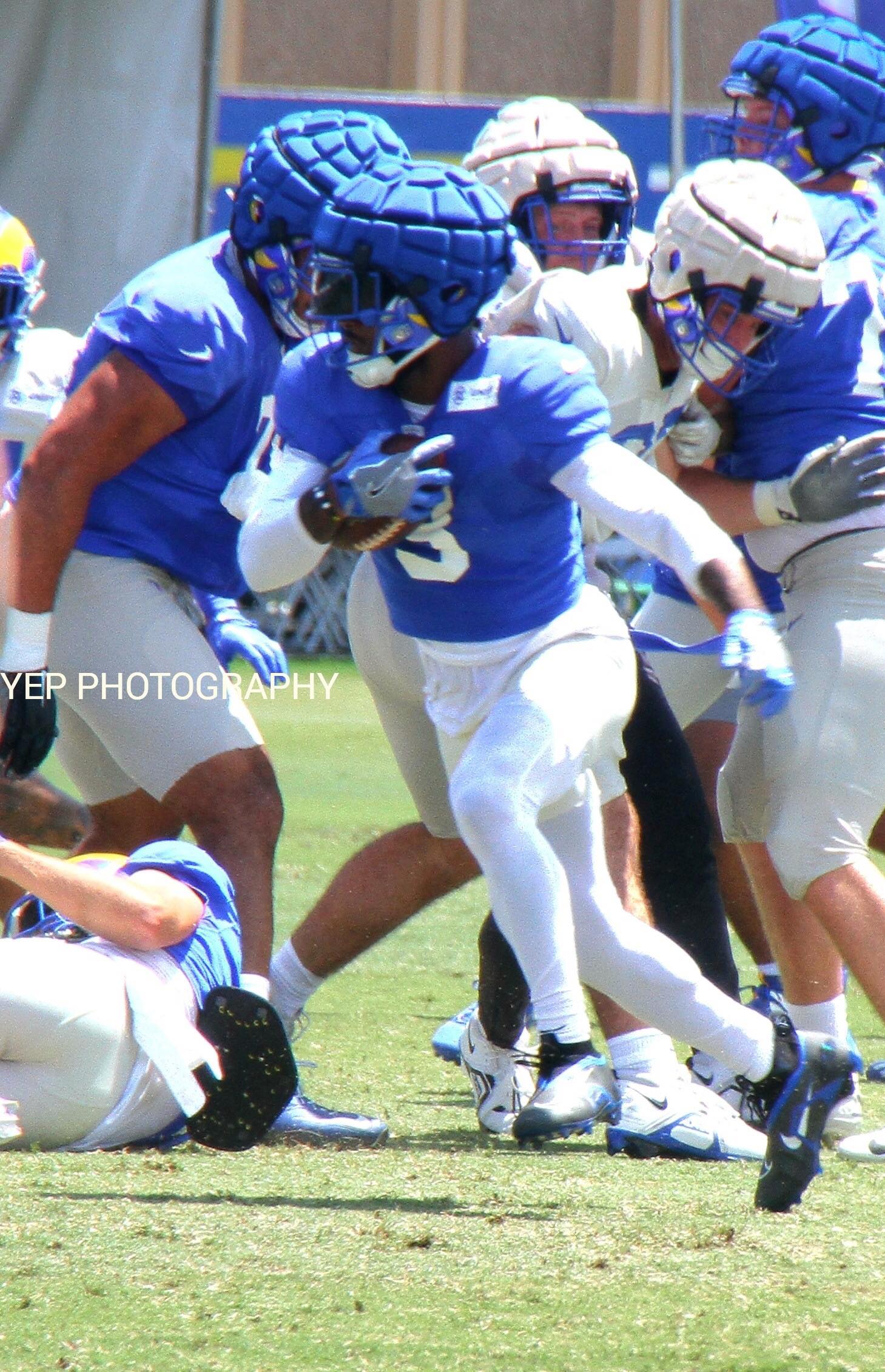 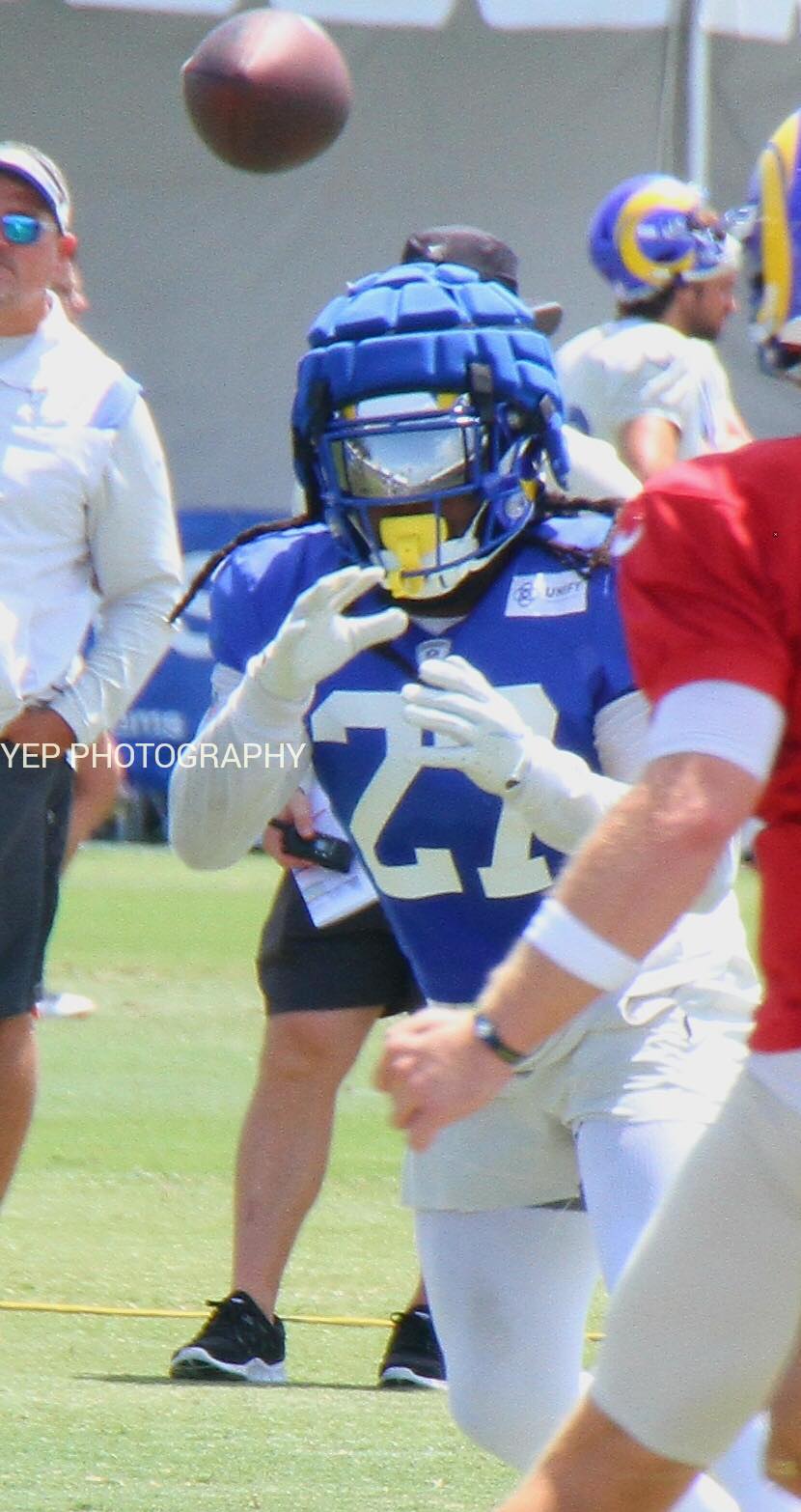 (Okay, this is for Sean McVay…but I will allow you to read it. And spare me the “You think you know more than McVay?” comments.

Just like we should be asking questions about politics and religion, we can and should ask about football and give our opinions. If you’re not asking or questioning–you’re conforming. And conformity in thought means no thought is given to anything.)

Note to Sean McVay & Liam Coen: Cam Akers shouldn’t get more than 20 touches a game in the first twelve weeks of the season. Break it down any way you like; 15-carries, 5-receptions, 17 to 3… Your call.

Darrell Henderson should get no more than ten, with Kyren Williams picking up the slack here and there.

As mentioned previously, Williams busted his foot in OTA’s, and they’re bringing him along slowly. Cam Akers and Darrell Henderson both have soft tissue injuries.

You guys, the Rams, don’t play starters or key rotational players in the preseason, but Akers, Henderson, and Williams are out, and none of them were injured in game play.

Sean, Liam, mi amigos, spread out the touches, and when you reach the back stretch of the season, go with the ball carrier who is hot.

Trust me. I’m only trying to save you from the temptation of putting the ball in the air 67-times in a single game.

Due to fragility, the Rams need to keep four backs. Which means a wide receiver, or two, that fans like will have to move on.

There are going to be cuts and/or trades.

The Rams signed DE T.J. Carter, who the Saints had released. To make room for him, the team waived WR Warren Jackson.

Jackson’s release doesn’t come as a surprise, and only a day later than we thought.

The recently signed T.J. Carter (Kentucky) is a defensive end yet to be assigned a number.

Around The NFL: I have no problem with Derwin James as a player. He’s excellent, but he’s missed half of his career. Forty-two rocks are guaranteed in the new contract, which isn’t bad, and he’ll make an average of 19.1 a year–which is too much for a safety.

What do you think? 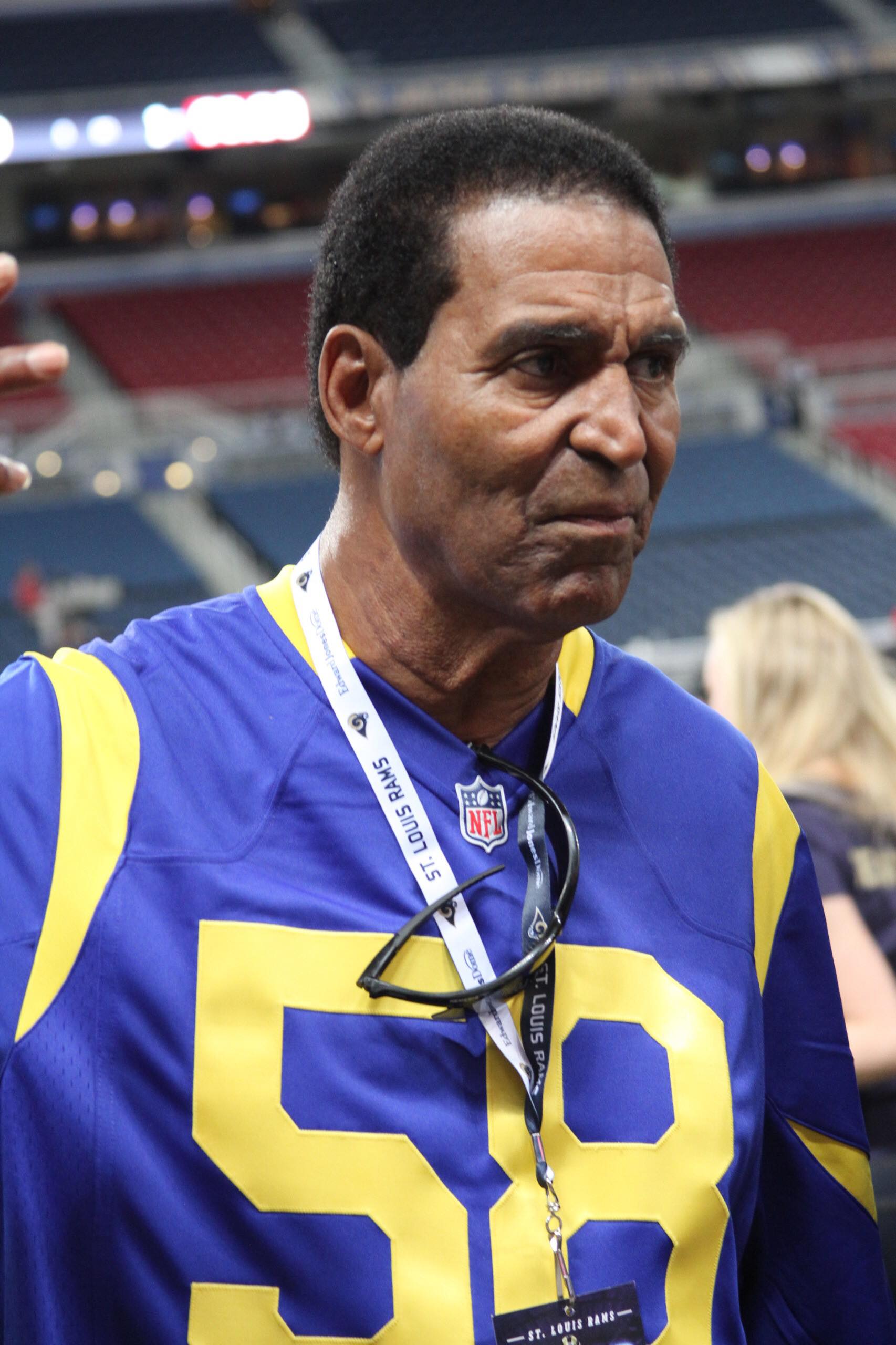 Born on this day in 1949 was Rams linebacker, Isiah Robertson.

Robertson, who died in a car accident in December 2018, would have been 73 today.

Nicknamed “Butch,” Robertson started 12 of 14 games in his rookie season and every game from 1972 through 1977. In 1978 he fell out of favor with Ray Malavasi and started six games before losing his job to Bob Brudzinski.

In 1979 he was traded to the Buffalo Bills and reunited with Chuck Knox. In four seasons, Robertson started every game. He retired following the 1982 campaign.

In 12 NFL seasons, he appeared in six Pro Bowls and was named All-Pro four times. Widely considered one of the best linebackers of the decade, the 6-3/225-pound Robertson ran a 4.5/40.

After playing his entire career before the official recognition of the sack as a statistic, film review shows Robertson had 24.5 career sacks. But the bulk of his career was played behind a Rams defensive line that featured Jack Youngblood, Larry Brooks, Merlin Olsen, and Fred Dryer.

The Rams didn’t need to blitz.

Instead, Robertson thrived in coverage by picking off 25 passes in the regular season and returning three for touchdowns.

In the 1974 playoffs, he returned an interception 59-yards for a touchdown off the arm of the Redskins Sonny Jurgensen.

Should he be in the Hall of Fame? If Robert Brazile, Andre Tippett, Chris Hanburger, and Harry Carson are in Canton, Robertson should be in because he was a game-wrecker.

If the Rams advance to the Super Bowl following the 1974, 1975, and 1976 seasons (losing each time in the conference finals), Robertson would already be in the Hall.