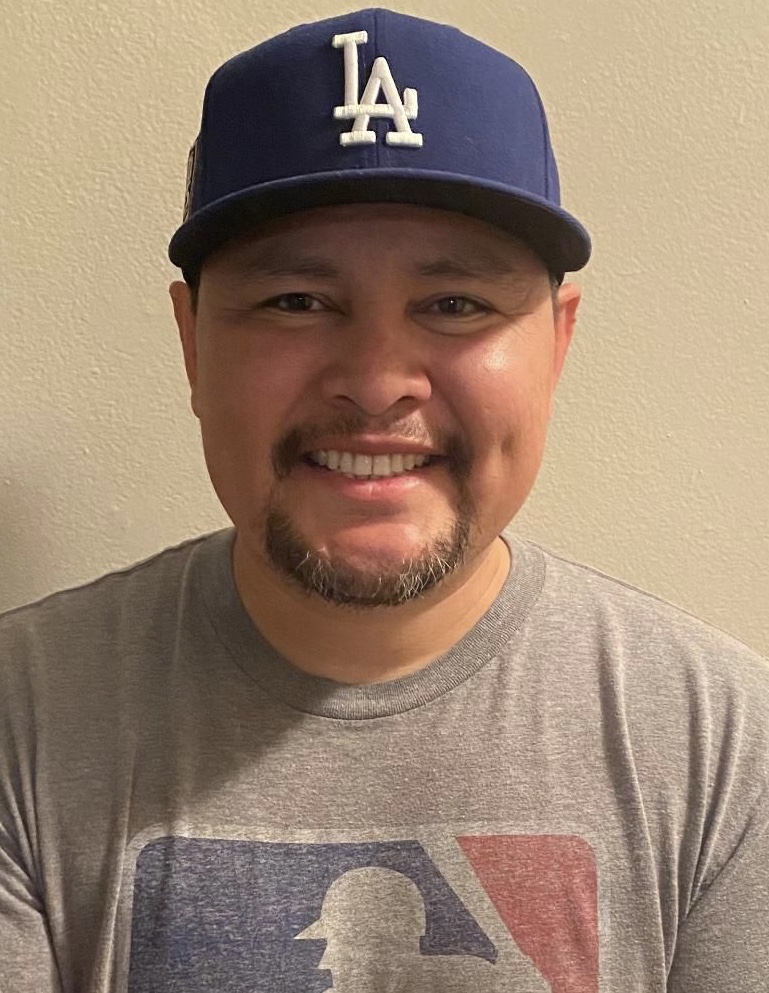 #1 LOS ANGELES DODGERS
The Dodgers are my #1 team for two reasons. The first is their pitching. The Dodgers team ERA is 2.14. Second place is the Yankees with an ERA of 2.59. The Dodgers staff has been amazing. Walker Buehler, Julio Urias and Clayton Kershaw keep on pitching gems night after night. Andrew Heaney was lights out when he was healthy. Tony Gonsolin is our “5 and dive” guy but he has not given up more than 2 earned runs in one start. I also like Tyler Anderson. What’s not to like about a crafty lefty? The bullpen is downright nasty. Facing Brusdar Graterol, Daniel Hudson and Craig Kimbrel at the end of games is a tough night. Keep on rolling boys!

The second reason the Dodgers are my #1 team is because they still are not clicking on all cylinders. The offense has not been impressive. Freddie Freeman is the only Dodger hitting over .300 and Mookie Betts seems to be getting out of his early struggles but the rest of the lineup is average or downright awful. Cody Bellinger is hitting .214, Max Muncy is hitting .143, and Justin Turner is hitting .200 (thanks to 4 hits last night). The Dodgers have one starter below the Mendoza line and two just barely staying afloat. Trea Turner, Chris Taylor and Gavin Lux are around the .250s and Will Smith is at .231.

If this team is firing on all cylinders in October, the rest of the MLB is in trouble.

#2 NEW YORK METS
I like the Mets at #2 because they have a different feel to them this season. There’s a new sheriff in town and his name is Buck Showalter. I like old school guys with shades of the new school mentality.  Buck is going to expect his guys to be tough and play hard but he also understands it’s not 1980. Buck is going to use analytics but also incorporate his many years of baseball experience. He’s a leader and will continue to set the tone in Queens.

The Mets are flat out good. The biggest question marks are health and adjustments. Their horse, Jacob deGrom is already down but luckily Max Scherzer and company are dealing. If deGrom is healthy, he’s a dude. They need him back and or their World Series hopes are done. We know Mad Max is gonna deal now. It’s up to the rest of the staff to keep going strong. Pete Alonso is not the guy you want to face late in games in October. He’s got serious power. Francisco Lindor is off to a much better start than last season but when you get a $351 million contract, moral victories won’t cut it. I do believe he will have a good season though. The pieces are there, the rest of the lineup just needs to keep making adjustments and staying consistent.

You DO NOT want to see a red hot Mets team in October. They will give Major Leaguers nightmares. Let’s see if they can stay healthy and make those necessary adjustments.

#3 NEW YORK YANKEES
I’ve liked the Yanks since last season. The Bronx Bombers just seemed to be kind of in a funk the whole season and their horses could not stay healthy. This season, the Yankees are out to prove a point. That they are still the Yankees. In the home run department, Aaron Judge has 10, Anthony Rizzo has 9 and Giancarlo Stanton has 7. DJ LeMahieu is off to a decent start with a .281 batting average but he’s a professional and will stay consistent all season. Joey Gallo and Josh Donaldson can flat out mash but they’re off to slow starts. Imagine this offense getting hot at the right time? Bombs away!

Their pitching staff has an ERA of 2.59. Gerrit Cole got rocked his first couple of starts and the baseball world lost their minds but in his last 3 starts he pitched well. Folks, he’s still Gerrit Cole. An absolute stud. Nestor Cortes (I’ve never heard of him until this season either) leads the team in innings pitched, wins, ERA and strikeouts. Jordan Montgomery and James Taillon have ERAs below 3 and are also having solid seasons. The Yanks look good.

This Yankees team is dangerous. We’ve seen what Gerrit Cole can do in the playoffs and now he has help. The offense has the horses now they just gotta run.

#4 LOS ANGELES ANGELS OF ANAHEIM
I can’t believe I’m putting the Angels at #4. It’s the Angels, what am I thinking?! The dam will eventually burst right? Their starting pitching will fall apart, Noah Syndergaard will get hurt, Mike Trout will have to miss 6-8 weeks for something, Anthony Rendon will pull an oblique from hitting bombs left handed and the fans will stop showing up…again. Or is it different this time? Is the rally monkey back? Did Joe Maddon resurrect what has always been a dull franchise?

If you’re a Halo fan, there’s a lot to like right now. In fact, you should be jumping for joy because life is not always like this in Anaheim. Shohei Ohtani, Mike Trout and the rest of the crew lead the MLB in home runs with 44. They lead the MLB in RBIs with 157. They’re top five in total hits and batting average. This offense is hot right now. Their pitching staff has been good but not great. But good will work if you’re the Angels.

Mike Trout is one of my favorite baseball players of all time. I’m on the Ohtani Express. This group is fun to watch right now. I just don’t know how long the fun will last.

#5 MILWAUKEE BREWERS
The Brewers have been a good ball club for a few years now. They just can’t get over the hump. This season they’re off to a good start, again. Now they’re looking for a good finish. We know the Brew Crew’s MO, prevent runs, pitch great and play defense. We know Corbin Burnes and Brandon Woodruff are solid pitchers, even though Woodruff is off to a shaky start (he’s on my fantasy team…shocker!). The biggest surprise is Eric Lauer. He leads the staff in wins with 3 and his ERA is below 2. Also remember they got a guy named Josh Hader closing games for them. He’s kind of a big deal.

The biggest surprise in the Brewers’ offense has been Willy Adames. He’s leading the team with 8 home runs. Not so surprising is Christain Yelich, former MVP, is getting his groove back. Not all at once but you can see him getting more comfortable. The Brewers just need to get in the dance. After that, anything can happen.

#6 SAN DIEGO PADRES
The Padres and Angels are very similar. There’s hope and excitement and then boom. Disappointment. The only difference between these franchises is the Angels won the big one in 2002. It seems as though the Padres learned a lesson in humility this season. Shut your mouth and let your bats do the talking. In 2021 they came out barking and nobody kicked the fence. They were talking about “they’re coming for the Dodgers and they’re the best team in the MLB and they’re gonna win the whole thing.” Blah, blah, blah. Actions speak louder than words. By the end of the season, the Padres had a monumental collapse.

The Padres just keep winning this season. Manny Machado leads the MLB with a .379 batting average. Along with his 7 home runs, 22 RBIs and 6 stolen bases, he’s looking to bring home his first ever MVP award. Eric Hosmer also has new life with a .356 batting average. The rest of the lineup has been so-so but the Padres keep finding ways to win. Joe Musgrove has been great do far. He’s leading the team with 4 wins and a 2.00 ERA. On top of that, the Padres are missing Hurtnando Tatis Jr. He’s only going to help when he gets back. Let’s see if the Padres can finish strong this season.

#7 TORONTO BLUE JAYS
Kevin Gausman and Alex Manoah have been one of the best 1-2 punches in baseball so far. Bo Bichette, Vladdy Guerrero Jr, George Springer and Matt Chapman are good hitters. The Jays are chasing the Yankees but they are a really good team. If Jose Berrios gets his act together, they will be a tough matchup in October.

#8 HOUSTON ASTROS
The Astros are still the Astros and will continue to be the Astros. As much as the MLB hates them, they are not going anywhere. They’re going to battle for the division and if they get in the playoffs they are dangerous. Even without Carlos Correa. Justin Verlander, who I picked as my “don’t be surprised” Cy Young winner, is having a good season. The Angels will be up and down. The Astros will be as steady as they come.

#9 SAN FRANCISCO GIANTS
The Giants are right behind the Dodgers. I loved our mini 2 game series against them. Last season it seemed like everything went the Giants way. We couldn’t catch a break. Giants fans kept pounding their chests and proclaimed themselves as “simply the better team.” I didn’t buy it. The playoffs showed that. This season, in 2 games, it seemed like we caught all the breaks. It’s baseball. What goes around, comes around. The Giants are good but have a giant obstacle in their way named the Dodgers. Carlos Rodon is a beast. He throws upper 90’s and has a nasty slide piece. He will not be fun to hit against in the first game of a playoff series.

#10 MINNESOTA TWINS
The Twins are in first place in possibly the worst division in baseball. Hey, first place is first place. Byron Buxton is making an MVP case so far. Buxton is destroying the baseball. He lacked a little power in the past but this season he is second in home runs with 9. Carlos Correa is a little banged up right now but he’s still playing well enough. I can see the Twins getting in the dance but they will have an early exit, again.

Prediction Time
What is more likely? A New York World Series (Yankees vs. Mets) or a Los Angeles World Series (Dodgers vs. Angels)? 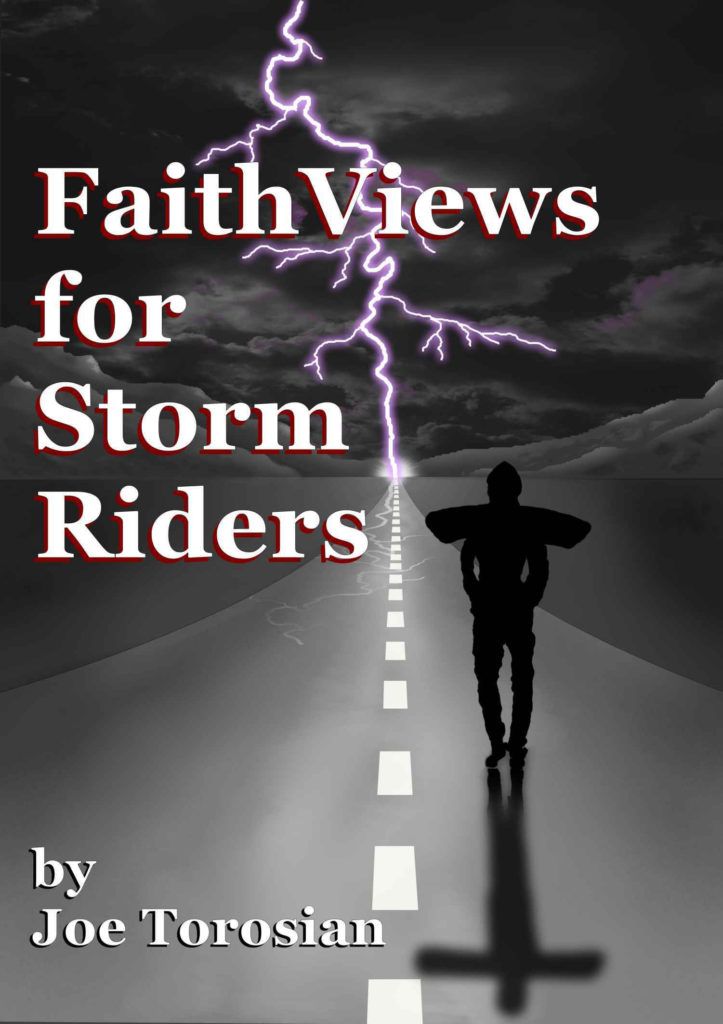