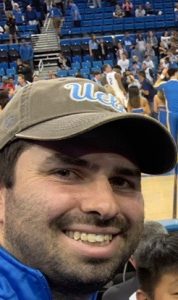 1. Gonzaga – The only drama is how long teams can keep the deficit within single digits

3. Michigan – They’re so good, some are ready to bump them into Gonzaga/Baylor tier

4. Ohio St. – We’re keeping them top 4 after an electrifying game vs Michigan

5. Illinois – Won at The Barn; starting their peak at the right time

6. Alabama – Another gritty win; can clinch share of SEC title on Wednesday

7. Villanova – Bounced back with big win over UConn

8. Oklahoma – Dip in schedule continues with game at Kansas St before returning home for rivalry tilt with Oklahoma St

9. West Virginia – What a comeback on Saturday; Will be a tough out for any team in March

10. Creighton – No game in the past week

11. Iowa – The defense has improved, but still a stumbling block

12. Florida St. – Finally getting the respect they deserve in the Saxon Top 25

13. Virginia – Terrible week; need a go-to guy to step up

15. Texas – 2 ranked games to round out February provide a chance to right the ship in a big way

16. Houston – I once asked if they would go undefeated in conference. Whoops.

20. Belmont – Not a lot of love because of a weak schedule, but going to make noise in March

24. Purdue – Won the games they were supposed to this week; opportunity knocks with Wisconsin and Indiana on the docket for March

(22) Virginia Tech – Sucks to drop a team out during a ‘Rona Pause, but other teams just more deserving right now