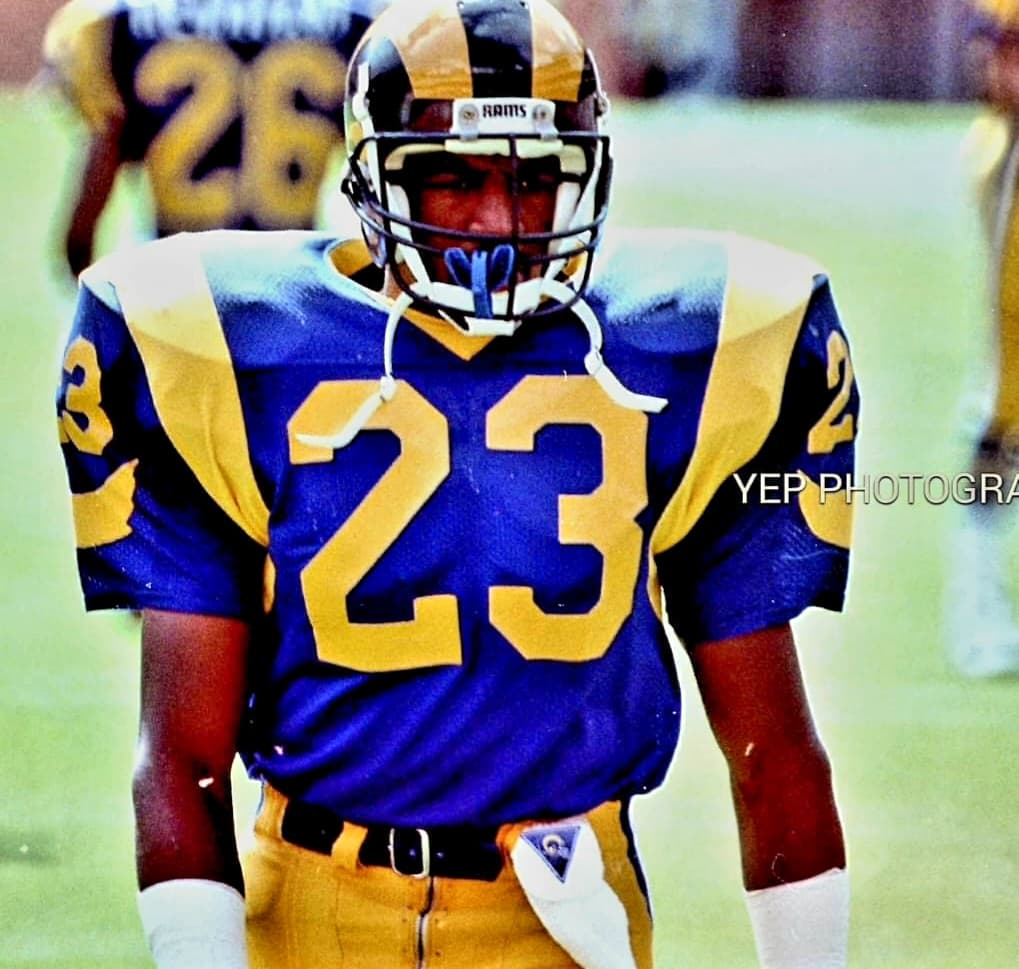 A product of Bakersfield High School and Fresno State, Stewart was drafted by the Rams in the 8th round, 213th overall, in the 1987 NFL Draft.

He wrapped up the last three years of his career in Miami, starting for two.

In the summer of 1988, I worked a brief internship at a magazine in Bakersfield. And I was assigned to interview Stewart, the local kid making good in the NFL.

This wouldn’t be my first NFL interview, but it was the first time I went to the Rams park/facility in Fullerton. I had come in earlier in the week to set up the meeting and got a date scheduled two days later.

When I got there, I realized I had been working with someone interning for the Rams. No one had spoken to Stewart. So I was walked through the facility to the dining hall to catch him at lunch.

On the way, I passed a very concerned Steve Dils (QB) and Mike Guman (H-Back) and discovered they had been cut that day or were in the process. They weren’t happy and were looking to have a conversation with somebody.

I get in the dining hall and park it at a long table while the intern chases down Stewart. I opened my briefcase and pretended to prep for the interview, but I was observing everything. 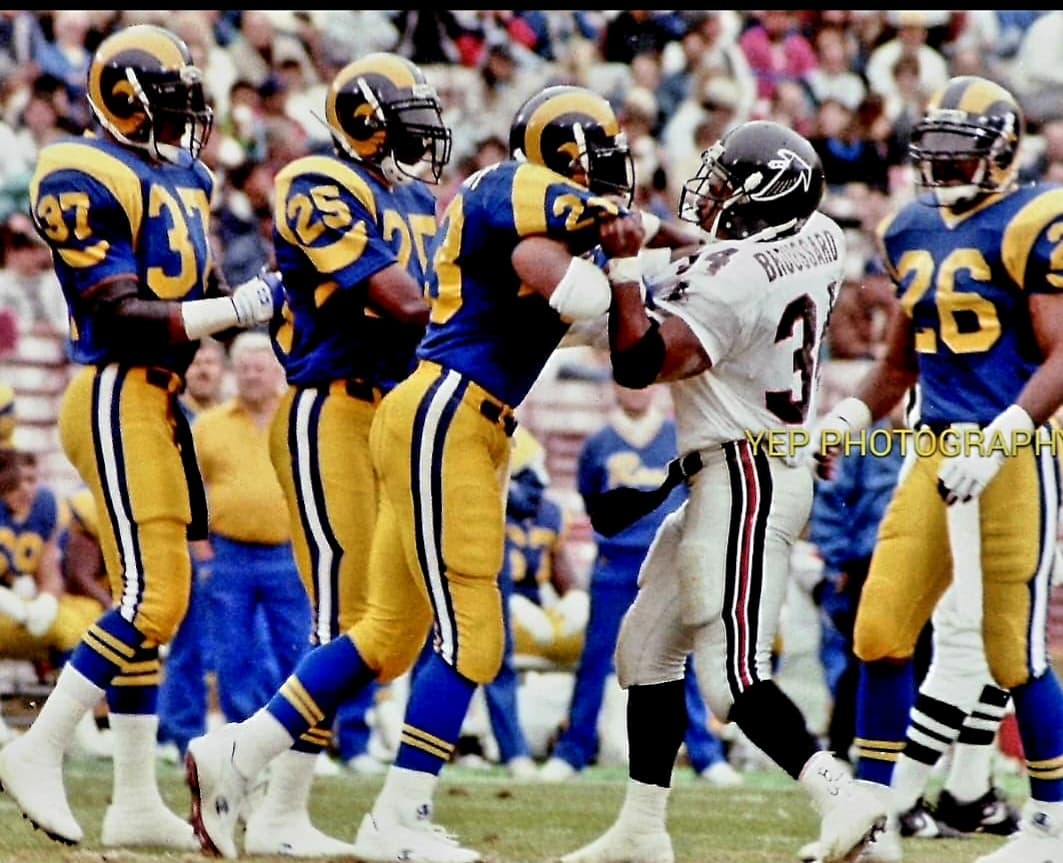 Charles White came in yelling at the offensive line sitting on the other side of the room. Duval Love, I believe, yells something back at him, and they’re all laughing.

Jim Everett is a table up from me and all charisma—owning the room and chatting people up. Johnnie Johnson (the first J.J. to play safety—Texas 1/17/1980) comes in with his playbook tucked under an arm with his glasses on–looking every bit the professional.

And while jazzed at being in the room and thinking about possibilities, I realize Stewart is being dragged away from whatever his plans had been to sit with me for twenty minutes.

Stewart was gracious and kind, but I could tell I had interrupted something, and it wasn’t a great interview.

“I’m sorry I interrupted your lunch,” I said.

There you go, that’s my Michael Stewart story. And after that, he became one of my favorite Rams.