A Case For London Fletcher 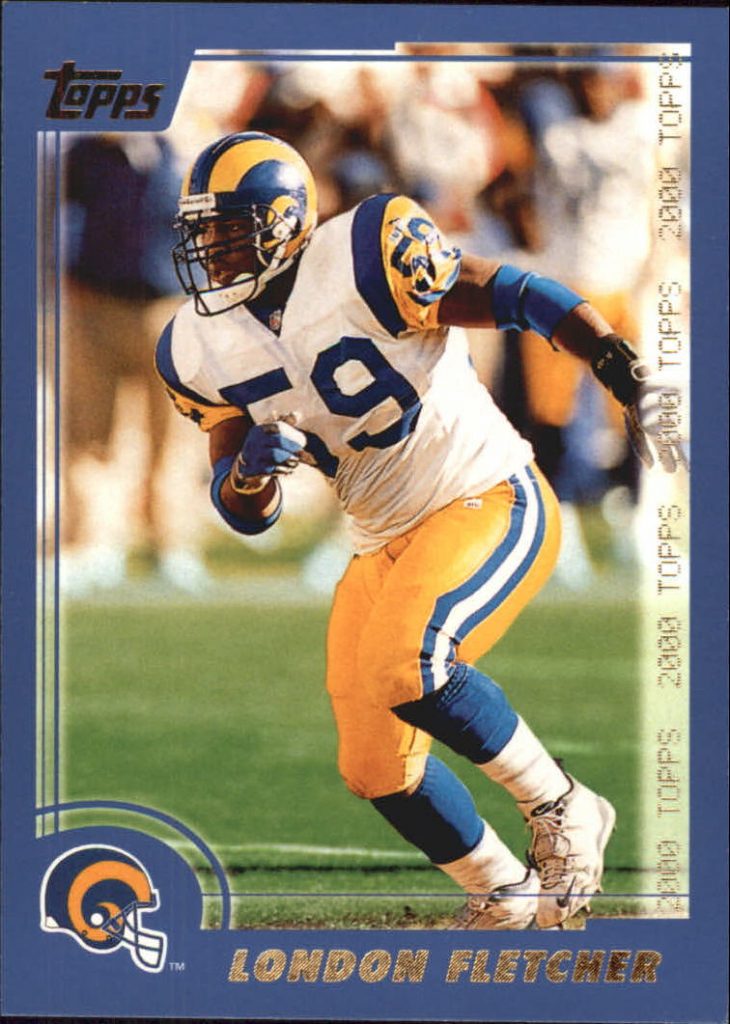 The following are simple, clear reasons why London Fletcher, who turned 47 yesterday, should be in the Hall of Fame.

He was the first player from John Carroll to appear on an NFL roster since 1962….and he’s the only one to have ever made the Pro Bowl.

Starting 240 games, including the final 215 of his career—an all-time best among linebackers.

Fletcher was a four-time Pro Bowl selection (11-times an alternate), playing 7-years in Washington, 5-years in Buffalo, and 4-years with the Rams (which included two Super Bowls, one Super Bowl title).

In games played, he is 41st overall. Only two linebackers appeared in more games than Fletcher—Junior Seau and Clay Matthews.

Of the 40 appearing in more games, only 18–non-kickers, punters, long snappers–appeared in more NFL games than London Fletcher—in NFL history.

Career Tackles:
Only Ray Lewis, with 1,568 tackles, ranks ahead of Fletcher’s 1,384—more than Hall of Famers Derrick Brooks, Brian Urlacher, and Seau.

Only a half dozen non-edge players have more career tackles for losses. And no off-ball/inside linebacker has defended more passes.

Another indictment of the Rams organization under Georgia Frontiere and John Shaw? Absolutely!