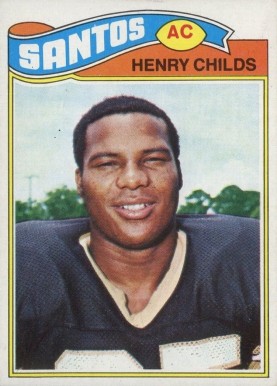 Now all of this will beg a question in the end…So hang in there.

Ram History: From 1969 through 1976, the Rams’ tight end position was held down by Bob Klein and Pat Curran. Terry Nelson took over in 1977 and was backed up by former Pro-Bowler, Charly Young.

Looking for help before the 1981 campaign, they made the deal for Childs.

Childs started 7-games for the Rams, catching 12 passes, one for a touchdown, before getting hurt in a loss to Dallas. Lost for the season–Achilles?–he was released in August 1982.

Subsequently, the Rams made deals to bring in Mike Barber and David Hill. But they weren’t featured tight-ends any longer–Just excellent blockers.

In 1983, Tony Hunter was the 12th overall pick of the Buffalo Bills. In July of 1985, the Rams sent Vince Ferragamo and a third-round pick (#77 overall) to the Bills for Hunter. 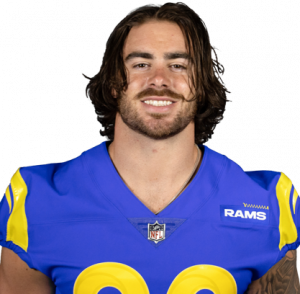 Hunter caught 50 passes that season but was injured in 1986 and failed his physical in 1987–career over.

Since then, the Rams have had a slew of solid blocking tight ends but not a standout.

So the question is this. Is Tyler Higbee the best Rams tight end of all time?

On Spotify for “RamView” podcast.