Review:
Depth, depth, and more depth. Except for Bruss and Arcuri, expect all of these picks to excel on special teams—provided they make the roster. This draft was all about adding depth.

Durrant and Williams could both see time in rotations. With Troy Hill, Robert Rochelle, and David Long Jr. in front of him, it may be tougher for Durrant to see the field. Given Cam Akers and Darrell Henderson’s injury history, Williams seeing significant action is a definite possibility.

Hard to see any room for Dont’e Deayon or Sony Michel to return.

The Rams did not draft a tight end or interior defensive linemen…meaning they like what they already have.

Troy Hill Returns:
Hill’s return (for a 5th in next year’s draft) add’s depth. He will play, but to hand him a starting position is tough to buy. Out of 116 cornerbacks graded by Pro Football Focus in 2021, Hill ranked 74th. Lower than the departed Darious Williams and Dont’e Deayon and lower than the current Ram—Long.

Hill is excellent against the run, but in coverage, he was 98 out of 115. He’ll be 31 when the season starts and will contribute. But after starting only four out of 14 games in Cleveland, I’d be wary about penciling him in as a full-time starter in 2022. 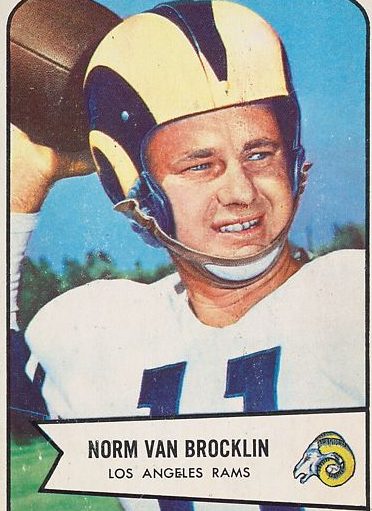 In the 1951 NFL Championship game against the Cleveland Browns, Waterfield started. But it was Van Brocklin’s 73-yard touchdown pass to Tom Fears that proved to be the game-winner, 24-17.

In that same season (9/28/51), Van Brocklin set the single-game record for passing yardage with 554yds. A record that still stands.

After the 1957 season, Van Brocklin retired and returned a few months later (sound familiar?). But he didn’t want to play for Ram HC Sid Gillman and wanted more control of the offense. In May of 1958, he was dealt to Philadelphia for two players and a number one pick.

Van Brocklin led the Eagles to the NFL title in 1960 and then retired. Later he was the head coach for both the expansion Minnesota Vikings and Atlanta Falcons. 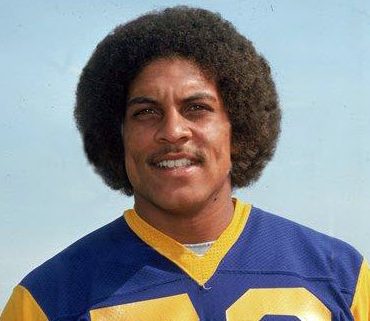 In 1977, on this date, the Rams sent an undisclosed draft pick to the Philadelphia Eagles for former UCLA star Cliff Frazier.

Frazier was part of Dick Vermeil’s 1975 UCLA team that defeated Ohio State in the Rose Bowl.

Originally drafted #41 overall by the Kansas City Chiefs in 1976, he was dealt to Philly. After not playing the 1976 season the Eagles traded Frazier to the Rams, where he was waived in the final cut down.

Returning to Kansas City, he started 12 games for the Chiefs before calling it a career at the end of the 1977 season. Then turning to acting Frazier played in “North Dallas Forty” and was featured in the HBO series “First & 10.”

On Spotify for “RamView” podcast.