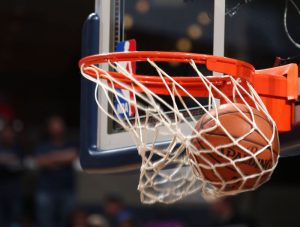 Bulls forward DeMar DeRozan’s shot at the buzzer fell short to secure the Knicks win in Chicago on Thursday night.

New York led 104-91 with less than three minutes to play and opened the door wide for the Bulls  when Julius Randle missed a pair of free throws in the final seconds to set up DeRozan’s opportunity.

An entertaining contest—a rarity in the NBA—saw the Knicks take control of the game late in the first. Using a ten-deep bench, New York led the rest of the way. New York controlled the boards and points in the paint.

Best Watch: Chicago guard Alex Caruso (10-points/6-assists) was first off the bench for the Bulls and played well at both ends. It will be interesting to see how long he comes off the bench and how long Lonzo Ball remains a starter.

Pelicans led by as much as 16 in the first half and six, 59-53, at the break before falling to the Hawks.

Atlanta used 31-points by Trae Young and a 21-9 advantage on the offensive boards to secure the win.

New Orleans played without Zion Williamson—hurt again—and they are still playing like a college team in the pros. In the last two years of watching the NBA, Pelican forward Brandon Ingram is the most dependable player to disappear down the stretch.

Best Watch: Atlanta forward John “The Baptist” Collins (16/12/4) works the glass, runs the floor and plays defense. He’s in his fifth year after being the 19th overall pick in 2017 by the Hawks out of Wake Forest.

Around the NBA: The Lakers blew a 26 point lead and lost to Oklahoma City. LeBron did not play. Anthony Davis scored 30…don’t know if he went to the floor in agony with another season ending injury. The Clippers lost at home to Cleveland, 92-79. They were outworked on the boards, 57-36, they only shot 13 free-throws, which means they were jacking up threes (41 total) and hitting only (9) 22%. Gross.

The 76ers led by three at the end of one, and they weren’t missing Ben Simmons. In the second quarter, the Knicks went en fuego, made everything they put up, and Sixers began to remember how good Simmons is.

Philly struggled so much that Joel Embiid didn’t make a field goal in the first half. They shot 41 treys and hit only on 12. The Knicks went 16-of-37, making most of them when it counted and played with more energy.

Around the NBA: The Lakers won in OT on Tuesday night without LeBron James. James recovering from a tweaked ankle sat, and like clockwork Anthony Davis went down with an “apparent” catastrophic knee injury…Something AD does every time he’s between the lines. Other than that, Davis was great, and Russell Westbrook went 33/10/8. Both play 40+ minutes.

The Lakers spruced up the final score with a late run, but after falling behind 32 in the third quarter, this contest was never in doubt.

It will be cliche to say this season, but the Lakers looked old and slow and the Suns young and fast. Phoenix passed the ball, won in transition, and outscored the Lakers 52-26. Before garbage time, the paint advantage was 48-8.

New season, new players getting to know one another, so you can understand a lack of cohesion…but defense doesn’t require cohesion as much as it requires effort. The Lakers played without effort, and if there was effort, they will be too slow to compete in the NBA’s Western Conference.

The Warriors started quick, I thought the Clippers were missing Pat Beverly, and then LA turned it around. They wiped out a 19-point deficit to lead by one, 67-66, at the break.

It may be old school (I don’t know), but I’m not a fan of the Warriors red-lettering on their blue jerseys. And the gold trim may be a 70s fashionistas delight—but in 2021? Fright night!

Clippers clanked away this game down the stretch with a series of lazy three-point attempts. The Warriors shot a lot of treys too, but it was Steph Curry who was shooting them.

The Nuggets took control early, survived several runs, and shut the Suns down in the fourth for an easy victory.

In terms of making things look easy, Denver center Nikola Jokić scored 27 and grabbed 13-boards. Six Nuggets scored in double-figures, and the team shot 53% from the field—including 43.6% beyond the arc.

Phoenix put six players in double-figures, but Mikal Bridges was the leading scorer with just 16. Bridges is a good player, fun to watch, but he cannot be their top scorer for the Suns to win. Chris Paul (15) and Devin Booker (12) combined for 27. That’s how you lose at home.

Best Watch: Phoenix backup center, JaVale McGee. McGee’s not a starting center but an elite rim protector. The Lakers haven’t been the same at that spot since letting McGee go.

The Lakers were in control of this game until midway through the third quarter. Then the Warriors stopped turning the ball over and hitting the open looks they were getting. The victory spoiled the debut of LA’s new Big Three.

Golden State was impressive with all the winds of the NBA working against them. Steph Curry on a lousy shooting night produced a triple-double, and the roster went 10-deep without Klay Thompson or James Wiseman.

LeBron James and Anthony Davis each scored over 30. Each had 11 rebounds. Each played for close to 40 minutes. And the final part of Los Tres Amigos—Russell Westbrook added just 8. No other Laker was in double-figures.

The Warriors had six players score in double-figures.

TNT, the announcers, the NBA kept trying to convince us we were seeing great basketball. But it was really great athletes only playing really bad basketball.

Does it hurt anybody else to see this?