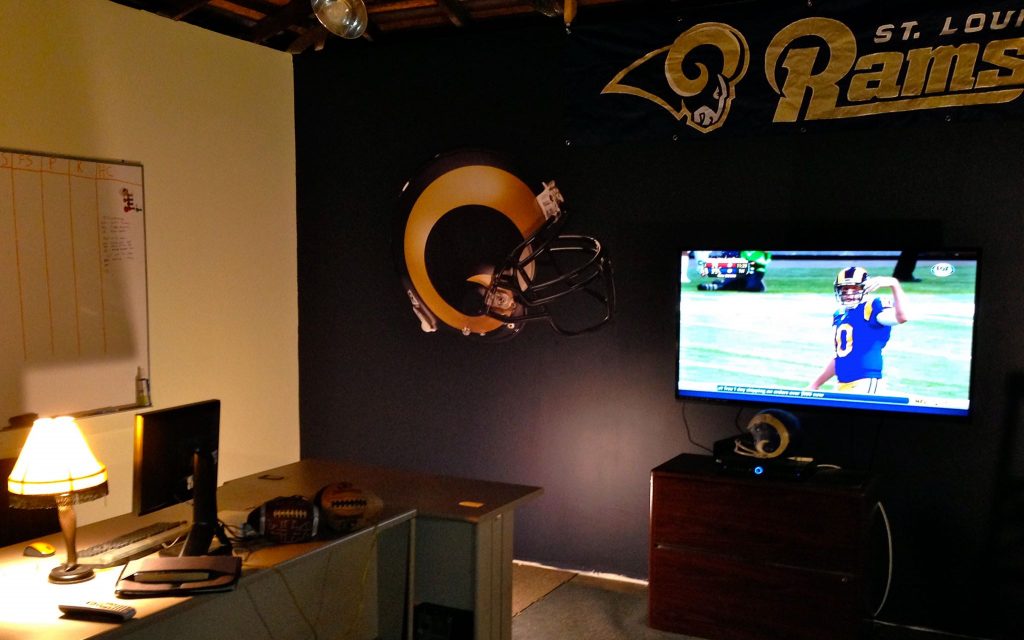 Sunday, I like the Rams over the Detroit Lions—45-7.

There’s not much to break down here. The goal is to make sure nothing breaks. Like the Giants the week before, the Rams need to come out, take control, and get their stars off the field. This is another opportunity to limit snaps for Aaron Donald, Cooper Kupp, Jalen Ramsey, Leonard Floyd, Andrew Whitworth, Darrell Henderson, and ultimately Matthew Stafford.

If something weird happens…Of course, they should all play until things are decided.

The Lions are terrible, but their offensive line is 13th overall in run blocking. They lost their center, Frank Ragnow (20th overall-2018, Arkansas), the number one ranked center, but the rest of the line can compete. Unfortunately, they’ve been blocking for Jared Goff—not known for getting the ball out of his hands quickly. Jamaal Williams and D’Andre Smith are competent backs…so HC Dan Campbell has that going for him.

Defensively, the Rams will run Ramsey, Don’t Deayon, and Robert Rochelle at the corners. Along with Taylor Rapp and Jordan Fuller at the safeties. We should see Nick Scott, Terrell Burgess, and David Long Jr. get extended playing time in the second half. This is the stretch in the schedule—with Darious Williams out—to work on secondary depth.

I know everyone’s high on Rapp again—cool. But remember his two picks came against the Giants’ anemic offense and that he played 36 of his 64 snaps at the line of scrimmage/the box/slot corner. Up close is where he thrives.

(I’d still prefer the Jets’ Marcus Maye—but we don’t always get everything we want.)

If Raheem Morris finds an opportunity to spell Floyd, look for Ogbo Okoronkwo on the edge. Terrell Lewis is starting to shine, and Okoronkwo (along with Justin Hollins when he returns) gives the Rams great depth at a position that seemed very thin in August.

Jim Hardy led the Rams through the air, completing 21 of 34 for 241yds and a pair of touchdowns. Both scoring passes went to Tom Keane, who caught 7 for 37yds. Tom Fears caught 8 for 35. Gerry Cowhig rushed for 70yds and two scores.

***
The playoff meeting between these teams went to Detroit, 31-21, at home in 1952. The Lions would beat the Browns to win the NFL title a week later. Bobby Layne threw 4-picks, but Detroit built a 24-7 lead going into the fourth quarter. The Rams rallied behind Deacon Dan Towler’s 5-yd run and Vitamin Smith’s 56-yard punt return but fell short.

***
On October 24, 1993, these teams met at Anaheim. T.J. Rubley was the Rams starting quarterback, Rodney Peete was under center for the Lions, and Detroit won 16-13. Jerome Bettis rushed for 113yds on 23-carries. Barry Sanders rushed for 91yds and the Lions’ lone touchdown.

This was the last time Detroit won in SoCal against the Rams. The Lions have not beaten the Rams in Los Angeles since taking the 1972 season finale, 34-17, at the Coliseum–which mercifully brought Tommy Prothro’s tenure as HC to an end. 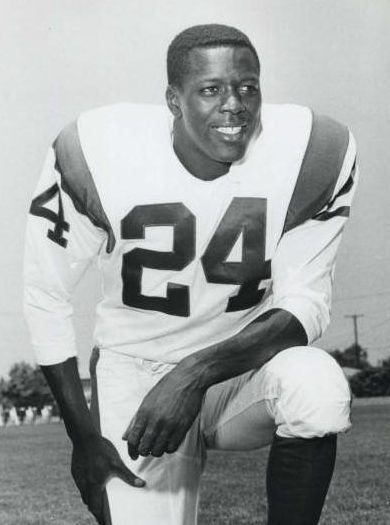 Browns 17, Eagles 14:
***I find Case Keenum more tolerable to watch when he’s not in a Rams’ uniform.
***I have nothing against Teddy Bridgewater. I think he’s a fine backup quarterback miscast as a starter. If Denver HC Vic Fangio hopes to save his job, he needs to give Drew Lock a shot. It may not work, but every DC in the league knows what Bridgewater is.
***After two bad losses, both featured running backs injured and its starting quarterback out—Cleveland showed a lot of guts. It leaned on its offensive line and learned three things.
1.) Nick Chubb and Kareem Hunt are excellent backs, but it’s the O-line that pulls the sled. D’Ernest Johnson looked terrific, but my guess—running behind that line—there are more D’Ernest Johnson’s out there.
2.) With Chubb and Hunt out and Jarvis Landry and Odell Beckham Jr. hobbled—Case Keenum won this game. How much better is Baker Mayfield? Better question, how important is Mayfield going forward?
3.) If Cleveland can find a taker, move Beckham. The dude can still play, but the dude is no longer elite. 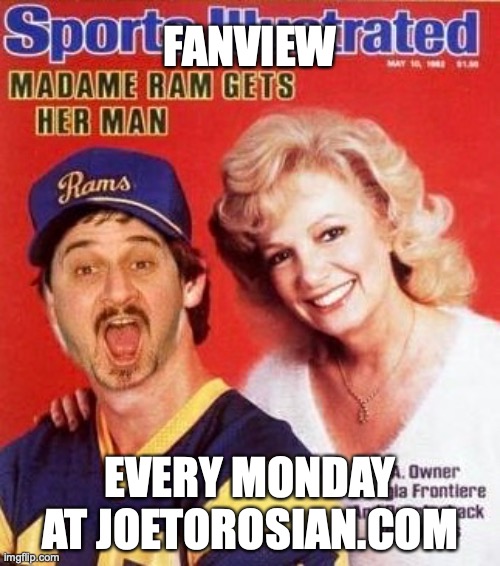 Week-7 Picks
(Winners in Bold)
Chiefs-Titans—Everything tells me to take KC—hardest pick of the week, but I have to go with the team that runs the ball versus the team that can’t stop the run.
Washington-Packers—Do you see the Packers losing in Lambeau to one of the worst defenses in the league? Neither do I.
Bengals-Ravens—This game is interesting, and I think Cincy has a shot. But as long as Lamar Jackson’s picking his spots to run and delivering the ball downfield, Baltimore wins.
Panthers-Giants—If the Rams game was bad for the G-Men, this one will be worse. Carolina is fighting for its season. New York’s season is already over.
Falcons-Dolphins-I can’t pick Miami—even at home. Even against Atlanta.
Jets-Patriots—This is the equivalent of a midseason preseason game. I understand Belichick has a particular way of doing things, but can he just open up the offense and let Mac Jones throw 45 times?
Eagles-Raiders—Philly will have to play a complete game against a good team. I don’t know if they’ve done that yet—and they won’t on Sunday. A pass rush and Derek Carr—wearing the same uniform—are lethal.
Lions-Rams—The Rams won’t have to run it up to score 45, and anything less than 30 would be a disappointment. Detroit will be good—in 2023.
Bears-Buccaneers—Just enjoy Tom Brady, and don’t be angry. While I don’t want him getting all the snaps for fantasy purposes, I would like Tampa to give Ronald Jones some touches.
Texans-Cardinals—This game is over, but Cards need to escape without injuries for the day to be successful.

Sunday Night
Colts-49ers—Indy’s picked it up, but Frisco’s just getting started. If Jimmy G. sits, it’s a toss-up. If Jimmy G. plays, the 49ers win. If Jimmy G. starts and gets hurt—go with the Colts.