“I’m out there busting my buns every night! Tell your old man to drag Walton and Lanier up and down the court for 48 minutes!”—Roger Murdock, The Co-Pilot 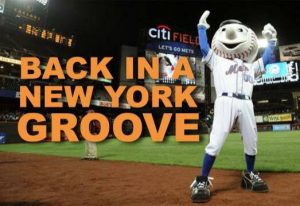 I’m not ready to get fully into MLB just yet—seriously jonesing for Spring Training/unsure if it will happen—but this is excellent news. We’ll discuss more later…but new Mets owner Steve Cohen has come to play and is putting cash on the barrelhead.

Loyal Fanview reader Paul Barraza wants to know: “Can he (Lindor) play QB for the Rams?”

Have you seen those things? It’s like a bad acid trip from the 1960s…and I’ve never taken acid…But it’s what I heard.

As Of Right Now (& Subject to Change):
Buffalo over Indianapolis—A lot of folks are giving the Colts a chance… I’m not one of them. I’m still holding to a 49-21 Bills victory. Philip Rivers ends his nice but less than Hall of Fame career on Saturday.

…And the Carson Wentz era begins?

Seattle over the Rams—Toughest call of the weekend. The only thing I feel sure about will be the lack of points. These teams know each other. It should be physical, and I still lean—slightly—Seahawks. A Rams win would be far from the upset some are painting it as.

Can Cam Akers carry the ball 30 times? Can the guy behind him (Malcolm Brown) bring it 15 times? If so, the Rams win.

Tampa Bay over Washington—Buccaneers, 24-10. Brady can beat the pass rush because he has talented receivers to get the ball to. Alex Smith’s fine career comes to an end on Saturday. Tampa could be the sleeper out of the NFC.

Baltimore at Tennessee—A Titans drive, touchdown, and stop will immediately put the Ravens in panic mode. Another stop and a two-possession lead for Tennessee will have the Baltimore fans reaching for Xanax.

I can hear the protest: “Well, Joe, what if the Ravens come out with stops and build a two-possession lead?”

It will put the Titans in a hole, but they at least have the ability to pass the ball when trailing, which is something Lamar Jackson has yet to master.

New Orleans over Chicago—I’ve kept it camouflaged for years, but you may have picked up on the fact that I hate the Saints. Few things give me greater pleasure than seeing New Orleans lose in the playoffs on a controversial call.

I want to believe this is going to happen again…but I can’t.

Cleveland over Pittsburgh—I’m still on the Browns side of things. If Big Ben can go linear with his receivers against Cleveland’s suspect secondary, it would be a different story. But why should we expect him to do what he hasn’t done all year?

MVS Sports Editor Tim Peterson says: “I like the Browns too. I just don’t trust the Steelers lately.”

Loyal Fanview reader & Steelers fan Rob Sorge says: “Steelers will have their starters back, T.J. Watt will be all over little Baker boy!! no way the Browns win!!!”

Steph Curry drops a 62-burger one night and is purely pedestrian on another. I’m not expecting another 60-points, but I’d like to see something a little more than what he showed against the Clippers.

This is absolutely a better Clippers team. I haven’t checked the numbers, but Lou Williams seems to be shooting less and facilitating more. Nick Batum can facilitate, and Serge Ibaka can finish. Add that to Paul George and Kawhi Leonard, and you’ve got an NBA title…

…Or a crash and burn of Dwayne Haskian proportions.

Boston at Miami: Celtics win—107-105
If you want to know the definition of “farting around” just look at the Celtics (6-3). They have way too much firepower to be fiddling with the Miami Heat (3-4) into the final seconds of the fourth quarter.

I like Jayson Tatum, but after seeing him in The Bubble and four times this season—I still haven’t seen a “killer.” And with his kind of talent, he should be a “killer.” His foul with less than a minute to play on Duncan Robinson’s three-pointer (turning it into a four-pointer) was bush league stupidity. Rookie Payton Pritchard saved his bacon at the buzzer.

Wish I could have seen the Heat’s Jimmy Butler play before he added all his miles. The dude is a legit baller.

This entry was posted in Fanview. Bookmark the permalink.