Dave Roberts put everyone on the hot seat when he guaranteed a World Series victory. Doc stated straight up facts. If this team remains healthy, they are head and shoulders above the rest. Mookie Betts did have an interesting response to Doc’s statement. “We have a really good team, but we have to go out and play too. We can’t just be good on paper.” Mookie also stated facts.

When you’re the favorite, you have a target on your back. The pressure has been on the Dodgers since last season. The pressure is on even more now with Freddie Freeman. If Trevor Bauer returns, forget it.

Let’s run through the starting lineup.

Starting Lineup
I stated before that I like Freddie Freeman hitting second. Traditionally, your best hitter bats third. The idea was to put fast guys that get on base in hopes that the 3-hole knocks them in or hits a home run. Analytics has changed the game. There’s a few reasons why we want Freeman in the 2-hole and not batting third.

The second hitter in the lineup will get 30-50 more at-bats than the third hitter in the lineup. Why wouldn’t you want your best hitter to bat more? The man batting second will also hit much less with two outs than the man batting third. Some people will ask, if getting more at-bats is so valuable then why not bat Freddie in the leadoff spot? There’s an answer for that too. The man batting second will get less at-bats than the leadoff hitter but he will get much more RBI opportunities. So yes, the role of the leadoff is still to get on base while the role of the second hitter is to knock in runs.

The days of the slap hitting lefty whose job was to play small ball are gone. If your leadoff hitter is on, you want your next hitter to have the power to hit a home run or score him from first. No more sacrifice bunts to move a runner from first to second or grounder to the right side to move a runner from second to third. There’s some old schoolers out there that will still deny the data and that is okay. Us nerds are here to stay. After the first inning,managers have no control of the order. Batting your horse second is the way to go.

Mookie Betts
Betts at his best is the definition of a 5 tool player. In his best season, Mookie hit .346, 32 homers, 80 RBIs and 30 stolen bases. On top of that, he plays a great right field and has a rocket arm. Now that he’s healthy, expect Mookie to come close to those numbers. I don’t think he will have career highs in batting average, home runs or stolen bases anytime soon but he will get back to the “best player in baseball” conversations.

Mookie likes hitting leadoff. He’s made that clear to the Dodgers. He’s Mookie Betts so he’s going to get what he wants. Trea would be a spectacular leadoff hitter as well but it’s not like we are losing ground with Mookie leading off instead of Trea.

Freddie Freeman
Freddie Freeman is as professional and consistent as they come. Don’t expect peaks and valleys from Freeman. That’s what the Dodgers want from him. A consistent hitter, former MVP and October success.

This was a great pick up by the Dodgers. Freeman is not only going to be a consistent force everyday but he’s also a veteran leader. The young guys will benefit from watching Freeman everyday. Hard work is contagious and Freeman fits right in with the likes of Clayton Kershaw, Justin Turner and Max Muncy.

Trea Turner
It would be amazing if Turner hit .300 with 30 home runs and 30 stolen bases. That’ll put him in the MVP conversation. Trea is that special type of player. Especially in a contract season. Nothing hones your skills like necessity and Trea knows that a huge payday awaits if he has a huge season. Trea is going to play a solid shortstop and wreak havoc on the bases. He’s going to be fun to watch.

Max Muncy
This man is dangerous. In his last 3 full seasons, Muncy has hit 35, 35 and 36 home runs. He’s not going to be a high average guy but he’s going to deliver big blows with clutch home runs and a ton of RBIs. I’m not sure how well his elbow feels but if he’s healthy I expect him to have his best season yet.

Muncy is naturally a first baseman but he didn’t look too bad at third base on Tuesday against the Twins. He’s not graceful and has a so-so arm but he can rake and that’s all that matters.

Will Smith
I like the youngster hitting fifth. I love Justin Turner but this is Smith’s coming out party. He’s going to have a huge year and start being regarded as the best hitting catcher in baseball. Other guys in the show have had bigger years and have a little more experience but Smith is going to prove to the league why he should have been an all star last season and why he will be one this season.

I know he’s had his issues behind the plate but he’s still a young man. Catching is a tough position. He lacks experience more than skill. As he gets older and gains more experience, Smith will be just fine.

Justin Turner
Old man river keeps on flowing. Just like Freeman, JT’s value is consistency. He’s had a few nagging injuries here and there but he always seems to get right back on track. JT had a great season last year for a 36 year old. He’ll be in the .270 range and hit over 20 home runs this season.

It seems as though JT will have a few more starts at DH than I expected. That’s a good thing. That means Muncy can get a little more experience at 3B and hopefully it will keep him healthy all season.

Cody Bellinger
Belli had a scary spring training. At times, he looked like he was eating soup with a fork. He can be frustrating. His approach looks the same all the time. He’s trying to pull everything and hit it a mile. However, let’s not forget Belli was the best player in baseball not too long ago. The young man’s got potential. I’m not ready to make predictions on Belli yet but I do have confidence in him. Imagine if Belli rights the ship and hits over 40 home runs this season? If Belli can’t figure it out, he’ll find himself riding the pine.

Chris Taylor
I’m so happy CT3 is a Dodger. He can play anywhere, he’s a good hitter and he’s a great clubhouse guy. With AJ Pollock gone he’ll see a lot more time in the outfield and that’s totally fine. Especially since we got Craig Kimbrel. Now that he’s locked up for the next four seasons, he can relax and just play. He’s not one to rest on his laurels. I don’t expect him to get lazy. I expect him to play harder than he’s ever played. He’s going to have his best season ever.

Gavin Lux
There’s a lot of folks out there that are not big fans but I love Lux. Strong kid, athletic, powerful swing and lefty. If you ask me, the LA nightlife got the best of him last season. He’s young and rich so you could see how he may have got his priorities mixed up. This year we’ll see a focused and well prepared Lux. He’ll spend most of his time at second base but also see time at shortstop and maybe the outfield. Lux is ready for his biggest season to date.

I know there are Gavin “Sux” haters out there so I’m ready to say I told you so at the end of the season. 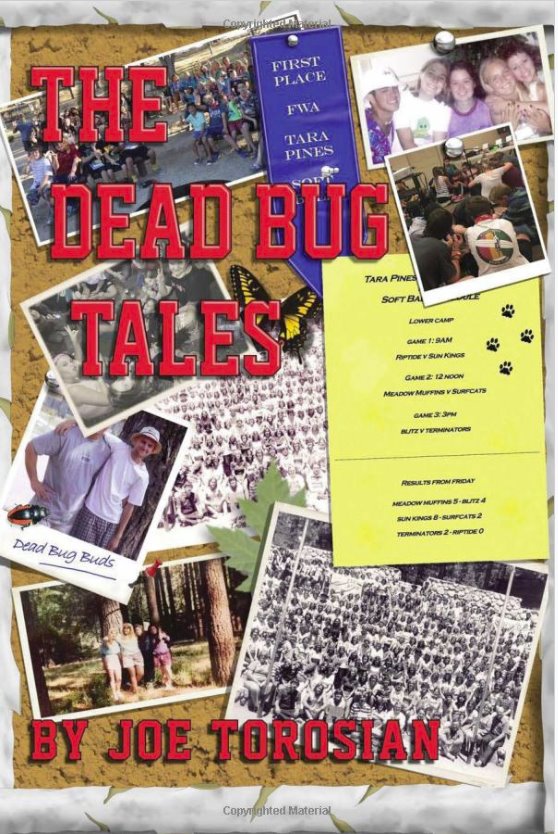 The Dead Bug Tales —–“Pack your gear, grab a sleeping bag and get ready to spend a week with the youth pastors, staff and campers at Tara Pines Christian Camp. Joe Torosian’s “The Dead Bug Tales” takes us back to a time before cell phones, the internet and zero tolerance policies.”

Edwin Rios
It’s hard to believe some folks out there did not want Rios on the opening day roster. In 2020 he was a beast. His power at the plate is up there with the best of the league. I know he looked bad in 2021 but he was hurt and now we know that. In spot starts and pinch hit responsibilities, I still think Rios will come close to 20 home runs. When JT is washed up he will be an everyday starter for us.