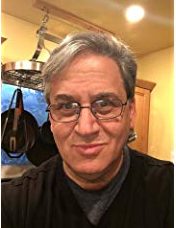 Ever sit at the table, in the living room, talking sports/watching sports, and ask yourself, “Why do I still care?”

Favorite players come and go, but I still care about the game and the team.

The teams we root for (for me, the Rams) don’t pay our bills, don’t provide us a paycheck, don’t help us with our mortgage…but yet we are passionate for them?

We’re not talking alcohol-inspired fandom, but a sick, sinking feeling when they lose or are in danger of losing—stress-induced pacing or standing in front of the flatscreen amid a fourth-quarter drive.

How do we get to this point? 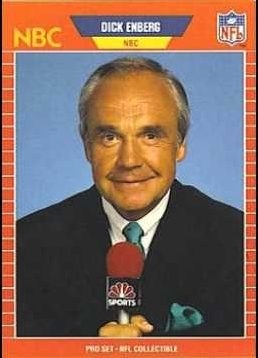 I became a Rams fan in 1972 (age 8), but I became emotionally bonded on October 14, 1973, when I heard Dick Enberg’s voice coming over KMPC. That day Rams receiver Harold Jackson torched the Cowboys for four touchdowns in the first half in a 37-31 victory.

The game was the message, Enberg was the preacher, and the altar call was whatever chemical spilled in my brain to make it all permanent. Whatever was inscribed on my soul was inscribed, and the Rams became my team forever.

It’s a great feeling to have a team. To care about something that doesn’t make sense but brings great joy.

But these days…I get the sense we are being conditioned to care about things that don’t last. The culture might not say everyone or everything is disposable, but that’s the message.

“Ending is better than mending.”

The NCAA Tournament is marvelous, but I need player introductions.

I don’t need “Make Me Care” pieces like I suffered through with Saint Peter. I just need player introductions. Give me a name with a face, some stats, and where they come from.

After that, I’ll draw my own conclusions, make my own connections, and decide my own rooting interests. And that will determine how much I care about players and teams.

The networks, the entities in control, don’t give us this option when it’s needed most.

In the era of one-and-dones and the transfer portal, you never learn who these players are—thus, I don’t care, and they fear you don’t care. So the powers-that-be attempt to manufacture care with puff pieces about deeper causes and family trials to cause our hearts to melt.

The result is: I still don’t care—but even more so.

I like the tournament. I’m just not as invested as I used to be.

Last Add LeBron: Last night’s dunk was eye-candy, but it only counted for two points.

When I’m shown highlight after highlight of threes, dunks, and blocked shots, I know it’s by design to make me care.

And—if it doesn’t happen in a critical playoff or championship moment during the journey I’ve had an investment in—I don’t care.

I’m not saying it all has to be outlawed. (But I’m required to say that because I don’t want to be labeled the “Get Off My Lawn” guy.)

The manufactured “Make Me Care” pieces, threes, dunks, blocked shots…only last until the next “Make Me Care” team comes along, or the next three is hit, dunk is made, or shot rejected.

The great miss here are the sports themselves. Whether it be basketball, baseball, or football, the games and contests can be transcendent. Because the game is forever, which means it has body, weight and form, and tangible permanence.

These things bond me/us. Unlike the vapid, ephemeral, temporary, that is so much of what sports have become.