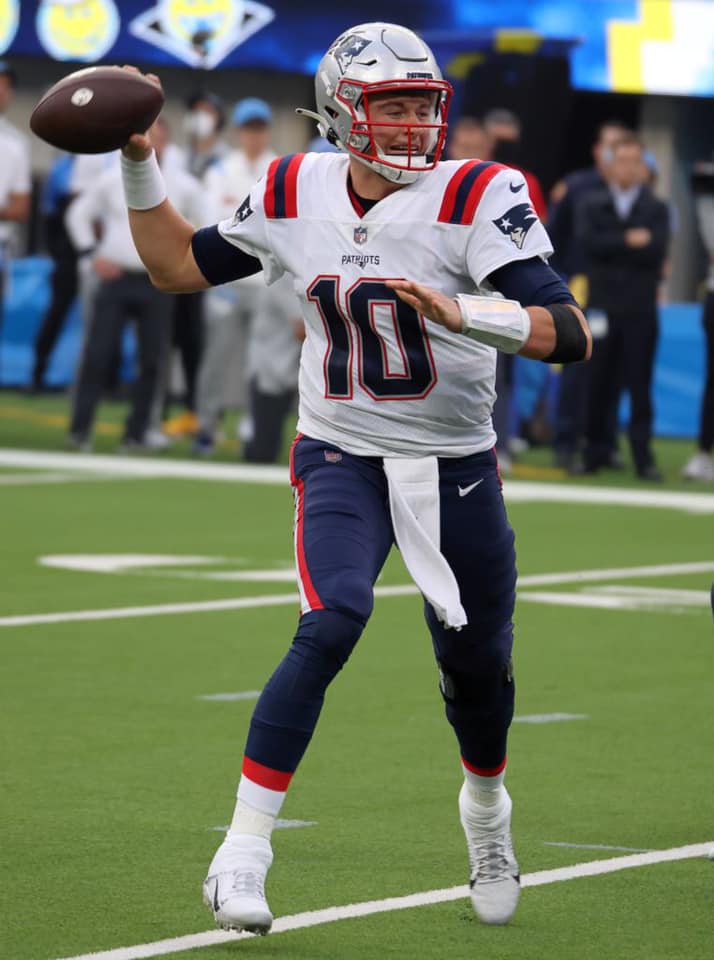 Stuff:
Cardinals: A.J. Green whiffed on the end zone pass against Green Bay, but the Cards whiffed on the game. Never should have been that close…And wouldn’t have been if the Packers had not committed to the run. The Birds are vulnerable in the Bay this week.
Rams: Additions, subtractions, and now they have a better team. Darious Williams is off the IR. They have even more depth on the edge. Did you know that A’Shawn Robinson—a washout in 2020—is ranked 33-of-123 among defensive tackles? And against the run, he’s eighth overall. The stars are great, the blue collar dudes are the ones that will put LA over the top.
49ers: Frisco nearly won in Arizona a few weeks ago with Trey Lance. With Jimmy G. and a better than average o-line they’re going to take down the Cards this weekend.
Seahawks: Get a week off to continue daydreaming that it’s 2013 and not 2021. If only Geno Smith could play Jacksonville every week.

Stuff:
Packers: Zen Rodgers has tested positive for COVID. So the 37-year-old quarterback gets a week off while the rest of the team goes to Kansas City. Jordan Love makes his debut, and if the Pack runs the ball they win.
Vikings: Bad loss on Sunday night. The Kirk Cousins era is about over. I mean the era in terms of expectancy is over…his contract has another year that pays him $35-rocks in 2022. Should have built an outdoor stadium.
Bears: Thirty-four quarterbacks are ranked by PFF. Justin Fields is ranked 34.
Lions: Ever tried to turn a pound of ground round into a hot fudge sundae? You can’t, it doesn’t work. There’s no way to turn beef into ice cream. And there’s no way to take a 2021 version of Jared Goff and make him an NFL starting quarterback. Note to HC Dan Campbell: Do the rest of your team a favor and free them from this Goffality. Start somebody else.

Stuff:
Cowboys: They stole one in Minnesota. And my thinking is, with Denver coming to town, a 17-game schedule, and Dak having a tender calf. Why not rest Prescott another week? Dallas has lost to Tom Brady, won against Justin Herbert—when they shouldn’t have—and here’s the list of the rest of the QBs they’ve beaten: Jalen Hurts, Sam Darnold, Daniel Jones, Mac Jones, and Kirk Cousins. And this week they get Teddy Bridgwater. BTW: The secondary’s not as good as everyone thinks.
Eagles: Competent against the bad, incompetent against the good. Have an outside shot of finishing at 9-8. That would be a successful season.
Washington: Pick a team name. Call yourself the Wildcats. And fire some people.
Giants: Bad receivers, bad offensive line, and everyone is kidding themselves if it’s all because of the Devil in Daniel Jones. Pass blocking is ranked 30th, run blocking 25th, sucking bad enough to be last in the NFC East.

Stuff:
Buccaneers: Get a bye this week to feel miserable about loss to New Orleans. The ship rights itself when they go to DC in Week 10. Giving Gronkowski and Antonio Brown two more weeks on my fantasy team and then it’s the waiver wire.
Saints: Has anyone mentioned Sean Payton’s name for Coach of The Year? He starts all over again this week with Trevor Siemian, and if Payton can coax this team across the finish line—making the playoffs, maybe winning the South—he needs to win it.
Panthers: They had their window and couldn’t squeeze through. But the Bucs are the defending champs, the Saints are awake, Christian McCaffrey hasn’t played since Week 3, and the offensive line can’t block—the season’s toast.
Falcons: The most well established axiom in sports is—NEVER pick the Atlanta Falcons, for any reason.

Stuff:
Chargers: I’m all in on Justin Herbert, but there are times his receivers just disappear. Sometimes I wonder if Mike Williams even playing. Also they have the 24th ranked defense, 31st. against the run, and they didn’t make a single move on deadline day to get better.
Raiders: They have enough to overcome Henry Ruggs departure on the field. But this is another big emotional blow for the Silver & Black. With all the talk about OBJ, possibly, getting cut…wouldn’t he be a great fit in Las Vegas right now.
Chiefs: They won, but it was against the Giants. Twenty-four other teams in the league would have beaten them. Not good and I don’t think Melivin Ingram (#Spent) is going to help.
Broncos: There’s a few receivers, a running back or two, and an average defense that excels against teams that aren’t very good…but there’s nothing special in Mile High.

Stuff:
Ravens: Coming back from a bye to face the Vikings, Dolphins, and Bears the next three weeks. All winnable, all necessary in a very tight North Division. When does the media come down on Lamar Jackson about his COVID vaccine ambiguity?
Bengals: I would have like them against the Browns, I still do…but not with as much confidence. The Cats generate offense, but they are not generating a pass rush.
Steelers: The ugliest team with a winning record in the NFL…and they’re only one game out of first place. Front seven will give Chicago fits this week.
Browns: There’s a question or two about the Bengals, who the Browns play this week. And there’s a question or a dozen about Cleveland. Playing without OBJ will help.

Stuff:
Bills: The Williams get the Jags and Jets, before playing the Saints, Patriots, and Bucs. It will be interesting to see how the best team in the AFC performs against playoff caliber teams. Jordan Poyer (218th overall in 2013 by Philly) and Micah Hyde (159th overall in 2013 by Green Bay) are the best safety tandem in the league.
Patriots: I don’t hate the Patriots. In fact, I kind of root for them because they continue to do things right. Do they have a dynasty without Brady? No. Are they a Super Bowl contender for twenty years without Brady? Yes. If they can get to the playoffs, and if they can get to the Super Bowl (win or lose) it would be amazing.
Jets: When I see Zach Wilson part of me sees Richard Todd—in terms of circumstance. Todd was drafted 6th overall by the Jets in 1976. When I see Mike White, I see Matt Robinson. Robinson was a 9th round pick in 1977, who had a couple of big games. There was a brief controversy, but the Jets were able to parlay Robinson into a first and second round pick from the Denver Broncos in 1980.

To make a short story longer—the Jets had the 13th and 20th overall picks in the 1980 draft. They sent them both to the 49ers for the second overall pick—Johnny “Lam” Jones. Zach Wilson is still the guy, but if Mike White can show up a few more times this season—what might the Jets be able to get for him?

Dolphins: If they don’t beat Houston…we’ll just leave it right there.