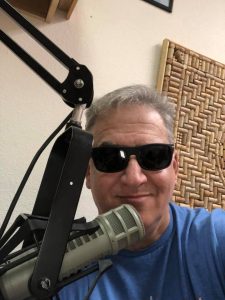 “If you don’t play ball, you can’t hangout.”—Dean Meminger

I’ve said this for years, and I still hold true to that thought. But if you don’t play ball, you can’t hangout. So I’ve decided I’m going to watch as many NBA games as I can this year and see if, at the end…I still hate the NBA and still declare it as horrible basketball.

I’m also in a good place right now because I don’t have a favorite team. I have no emotional investment in seeing one team win over another. I don’t like the Lakers, have little feeling for the Clippers but was rooting for them in The Bubble. Yet, when they lost Game Seven to Denver, it took me about two seconds to be over it. Maybe .04 seconds.

While I’m still invested in football and search out experts and insiders and opinion content…With the NBA, I do none of that because the media covering the league are such butt-smoochers—I don’t believe they have anything to offer.

So I’m going to have fun, watch the games, and pass on a fan’s view.

Clippers were better than I thought they’d be last night. It means nothing, but I liked the edition of Nick Batum and Luke Kennard…Also, I finally caught a glimpse of why people were so hot on Paul George.

Maybe George wasn’t a Bubble-guy, perhaps he needed a year to adjust, but he was gross to watch last year, especially compared to the hype. If the Clippers can get 80% of what they got from George last night, they’re going to be alright.

Regarding the Lakers…They should have found a way to keep Dwight Howard or at least JaVale McGee. I think they’re going to miss their length and defense.

Lebron James may have aged like fine-wine (I’ll debate the reasons for that), but not everyone else does. Marc Gasol—and I know it’s early—looks to have aged like skunky beer (not that I’ve ever drunk skunky beer or know anything about beer or beer being skunky—I rely on the MVS staff for that).

Not going to judge Dennis Schröder, but another aspect of that Laker title a few weeks ago was Rajon Rondo, and Rondo was a killer in the playoffs.

And I don’t think Anthony Davis is a killer. Yeah, he hit a shot in the playoffs, but I’m not buying. I’m also curious what the overs-and-unders are of him going to the floor, grabbing his ankle, and giving the appearance of serious injury—only to return five minutes later. My money is on a second-quarter fall on Christmas Day against Dallas…And a “courageous” bucket or two in the fourth.

The Bubble was a grind, but the Lakers didn’t play a full season last year. They’re not playing a full season this year—keep an eye on Lebron’s legs. Forget about last night, but keep an eye out going forward.

This entry was posted in Fanview. Bookmark the permalink.